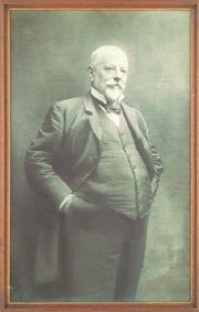 Leon Pinet Co. of Paris, France, started in the music industry in the 1840s, specializing in the harmonium business. Pinet soon branched out into piano tools and supplies, and is still in business today, manufacturing hardware. They still make continuous piano hinges for general furniture and cabinetry applications.

I found the following book at a used bookstore in New York in 1983. I was restoring an old harmonium at the time, and had no idea how to proceed, so I purchased this book. It had more material and information on pianos, which I found interesting, then and now. It was written for the British market. 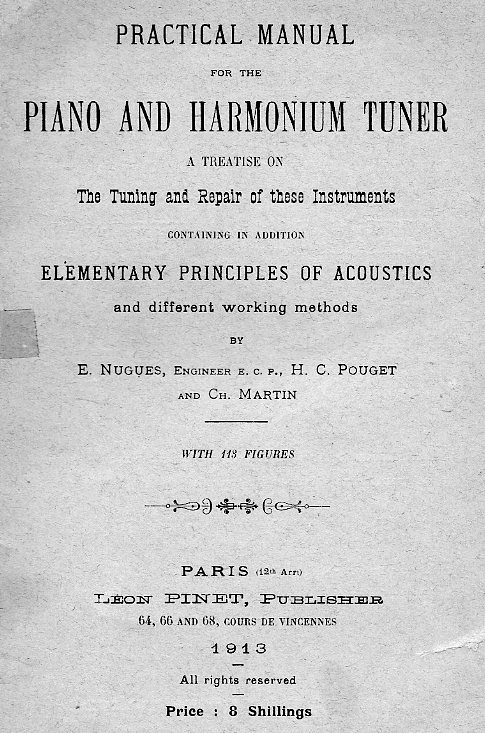 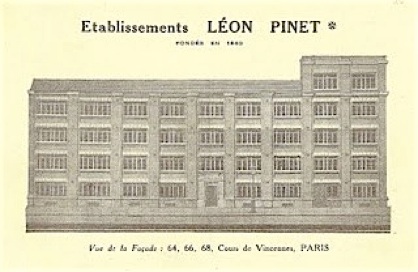 The House of Leon Pinet. 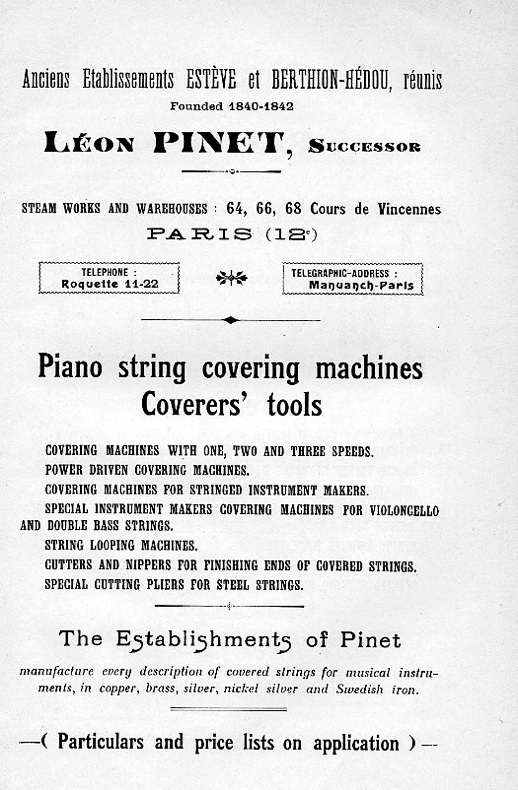 Machines were available to the industry to make bass strings of all kinds. 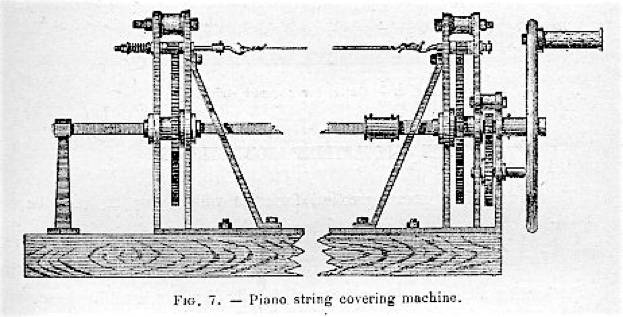 Pinet loop tool, for making the braids, or twists on the hitchpin ends of many European and historical pianos.

This is the heaviest constructed stringing crank that I have ever seen. 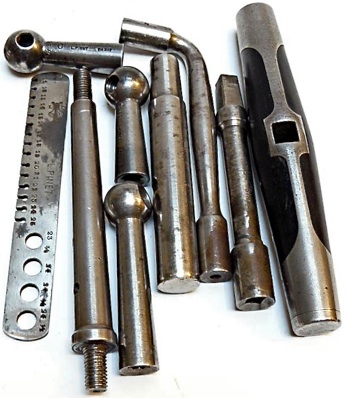 The Pinet universal tuning hammer catalog entry can be seen on the “Tuning Hammers” page. A limited number of these Pinet hammers were made with an ivory handle. Here is an example with a rosewood handle that sold on eBay in April 2014: 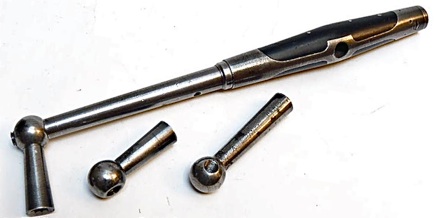 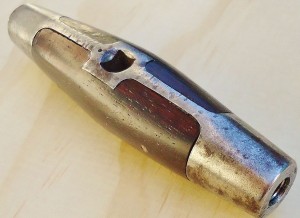 Examples of other universal tuning hammers in lever form, from top: Marque Accorda, France; Weygandt, Stuttgart, Germany; U. M. C. Co, Bridgeport, Conn. or Union Metallic Cartridge Company—the ferrule is from an ammunition cartridge; unmarked, extra long, for large square pianos. Not commonly found, Universal hammers were made during the transition from the use of ‘T’ shaped hammers towards levers for tuning purposes. The Accorda and the Weygandt both contain a screwdriver inside the handle. 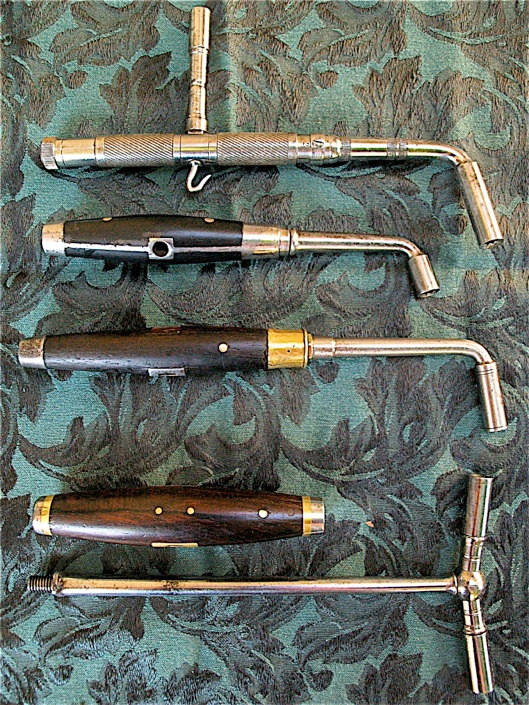 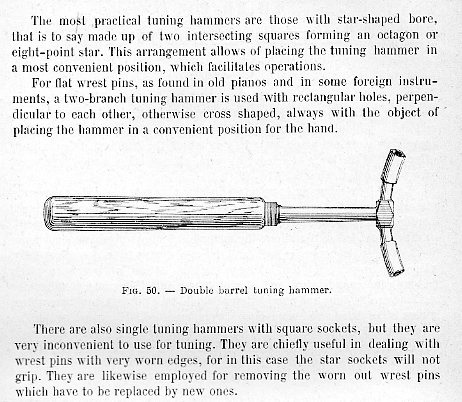 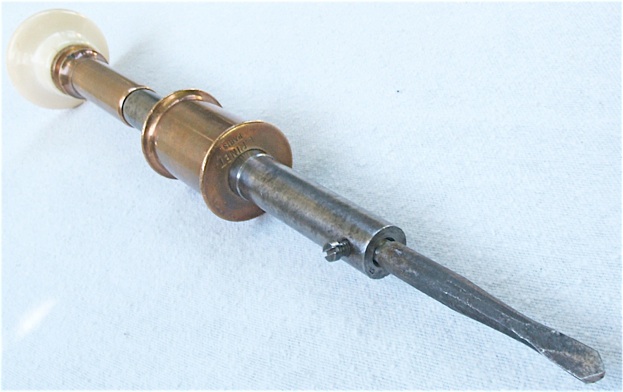 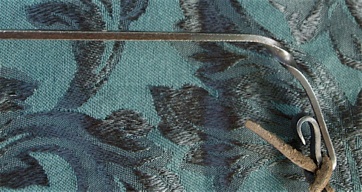 Detail of hook at the other end of the bow.

Pinet regulating tools were not always marked, but they often had turned octagonal handles of the type shown below. The octagonal part of the handles was not always symmetrical; in these cases, the facets might have been made freehand, without a machine or jig, probably cut with a plane while the handle was held in a vise. The wood used on these handles could be rosewood, walnut, oak, or a stained light wood, probably beech. Here are two long and thin let off tools, and another specialized tool, a converted small U gouge, with blade rounded and smoothed, probably used to ease damper wires in the guide rails on grand pianos: 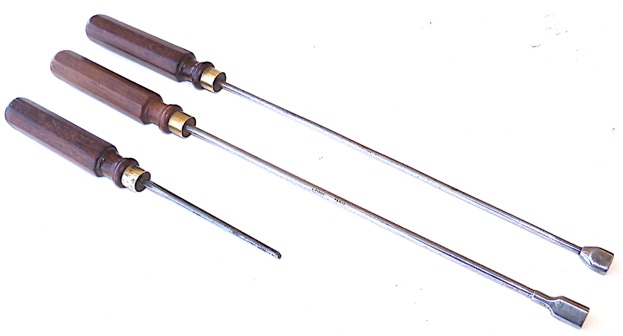 Inscription on let off tool shown above, middle. 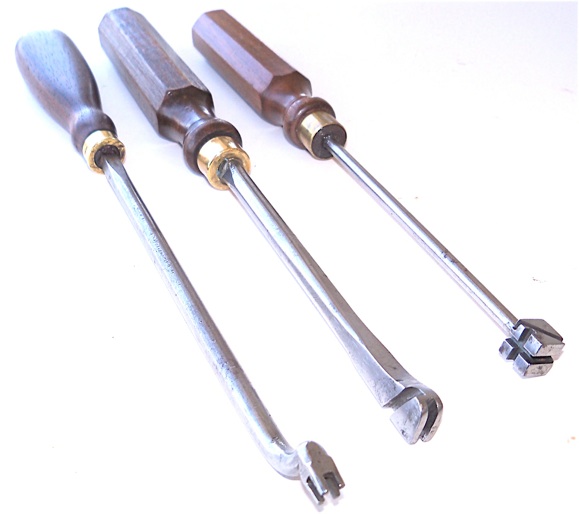 Three wire bending tools. The design of these old French tools was different than what was made in the U.S. or Japan, but was somewhat closer to some German examples. The tool in the center has bending slots in the same arrangement as the general action wire bender made in the U.S. for many years, but the shape is different. 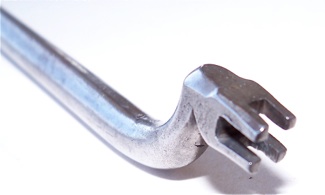 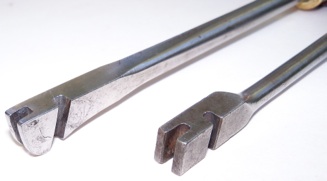 Comparison of the French wire benders and a standard H. S./ Erlandsen type. The slot at the front of the French tool is at 90 degrees, and the American type is around 70 degrees, parallel to the slot on the side. The U. S. version on the right is still sold by Schaff Piano Supply in Chicago. 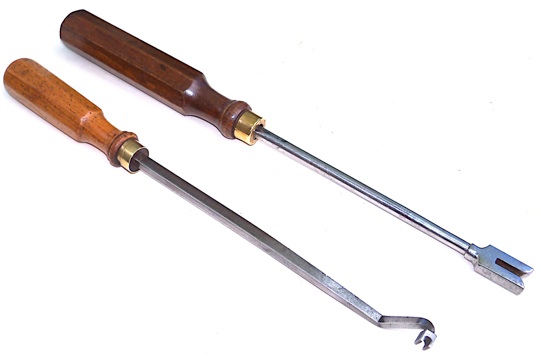 Key spacer (top), and an upright damper spoon bender. The large key spacer hardware looks close to the example in the picture called the “Specimen of the tuner’s kit,” shown further down on this page.

Close up of the spoon bender.:

Close up of key spacer. 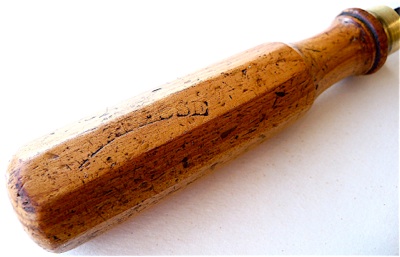 nscription on oak handle: T. L. R. Fasse—that’s the best that I can make out. 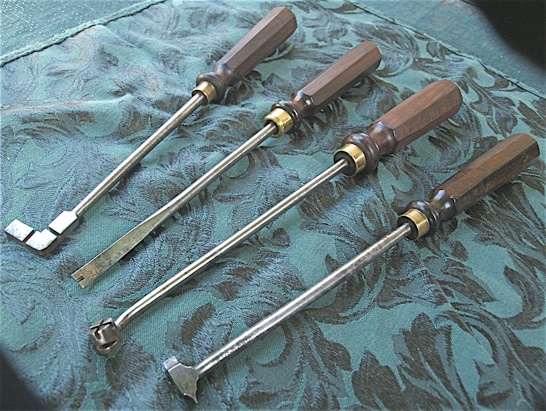 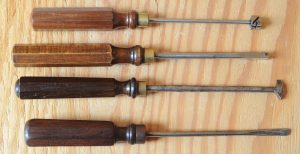 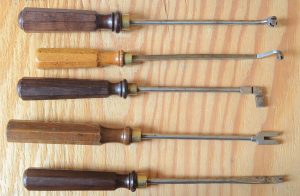 For reglueing hammers that have become separated from their moulding. Another hammer clamp can be seen on the Miscellaneous page: 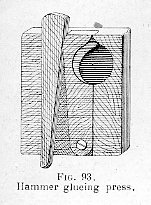 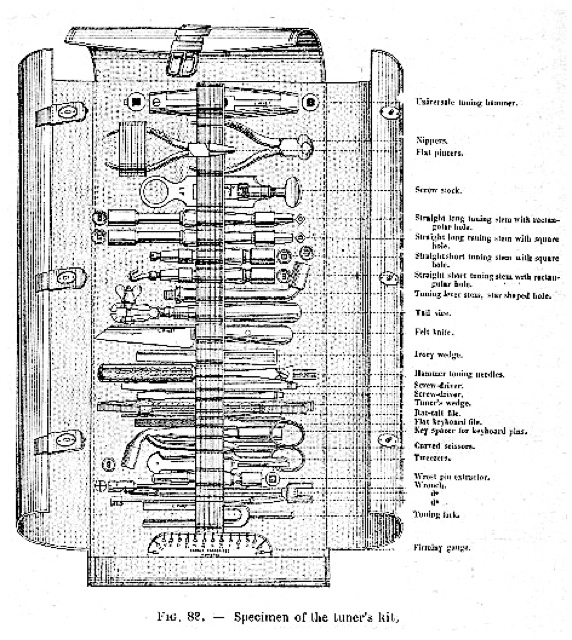 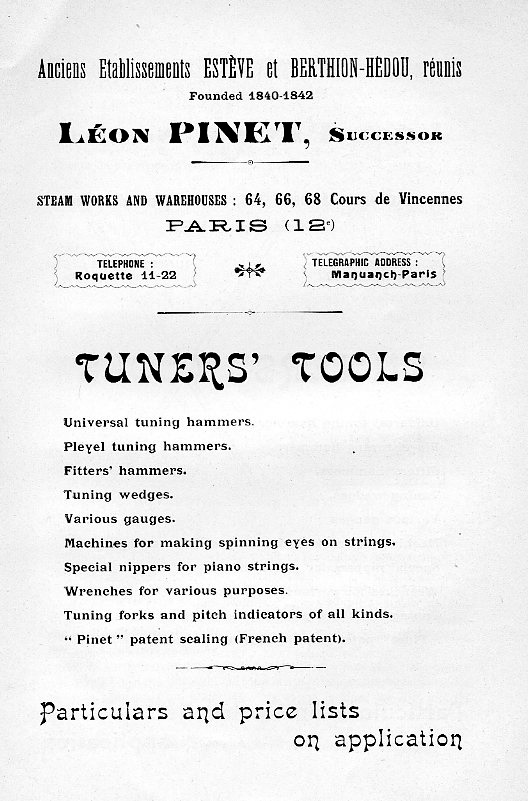 Pinet was the exclusive seller of Firminy piano strings. Firminy material can be found on the String Gauges page.